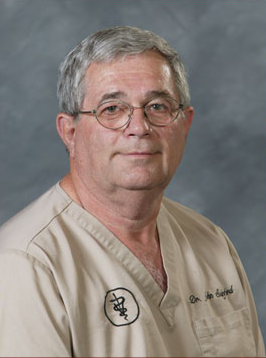 Dr. John Swinford is a General Practitioner who joined the Fredericktown Animal Hospital when it first began in 1992.

A native of Belleview, Missouri, Dr. Swinford says that his father played a significant role in motivating him to become a veterinarian.

He is married to Rhonda and he has three grown children. When not practicing veterinary medicine he enjoys farming.